The History and Evolution of Digital Marketing

What is Digital Marketing? A Basic Beginner’s Guide

History and Evolution of Digital Marketing Then and Now

The introduction of the world wide web (www) and booming of internet in the current digital world changed the landscape of marketing from traditional to digital. From depending upon physical spaces for marketing products to having everything just a click away, businesses of every kind have come a long way. Regardless of the size of the enterprise, leveraging the plethora of digital platforms for reaching out to the vast sea of the audience has become commonplace.

Digital Marketing is one of the great revolution of Internet world. It is defined as utilizing the various online (digital) channels for the marketing and promotion of products and services among the intended target audience.

From its introduction in the 1990s to the present day, the digital marketing scenario has changed a fair bit. Read on to understand the fascinating history and evolution of digital marketing that has been characterized by rapid developments and out of the box thinking.

Development in digital marketing goes hand in hand with the developments in technology. The foundation of the digital marketing era was laid during the two decades preceding it. Ray Tomlinson sending off the first email in 1971 will go down as a seminal event in the three-decade-old history of digital marketing. Due to the increase in storage capacity of computers, the 1980s saw the companies choosing database marketing to monitor customers’ information. This had a transformative effect on the relationship between the business and its patrons.

It would not be wrong to say that the 1990s was the decade of innovation that gave the much-deserved push to digital marketing. It saw the rise in popularity of personal computers with an email quickly becoming the preferred mode of communication.  The number of internet users saw a massive jump from 16 to 70 million between 1994 and 1996. In between these two years, the first clickable web-ad banner was also ushering the era of digital marketing.

1994 saw two major developments in cyberspace. Firstly, this year saw what can be termed the first e-commerce transaction. Dan Kohn, through his website NetMarket sold a CD to a friend residing in Philadelphia. Secondly, it is the year when Yahoo was founded.

In 1998, digital marketing saw its golden year. Google Inc was officially created on 4th Sept 1998 and went on to become the present-day digital marketing giant that it is. MSN and Yahoo also launched their search engines this year. Within a year of its launch, Yahoo saw 1 million hits. In the bid to get a higher rating in the Yahoo search engine, the companies tried their best to enhance their websites.

The 2000s witnessed a tectonic change in the purchasing behavior of consumers across the globe. There were approximately 361 million internet users in 2000. Inventions of smartphones and coming in of social media platforms like Facebook, Twitter, and YouTube, led to search engines and online reviews replacing the actual salesperson while deciding upon the purchase of the product. This change in customer behavior compelled the marketing industry to diversify its technology and marry digital technology and market development.

The 2010s saw a proliferation in the use of smartphone users. Cyberspace activity shifted from a mouse click to tap on the phone. People could access the internet on the go, anywhere, anytime. With so much at the disposal of the consumer brands had to come up with innovative ways to engage customers.

In the present day, digital marketing is an ever-changing landscape. The 1990s introduced the world to digital marketing and signified the launch of Yahoo, Gmail, and Amazon and the first clickable banner. The 2000s capitalized on the foundation laid by the last decade and saw a massive jump in the number of internet users. The influx of various social media platforms proved important for both digital marketing and e-commerce. With the coming of 2010s, smart phones proved a game-changer. The history and evolution of digital marketing are all about a rapidly changing ecosystem and the brands constantly innovating to keep up with the new marketing trends and strategies. 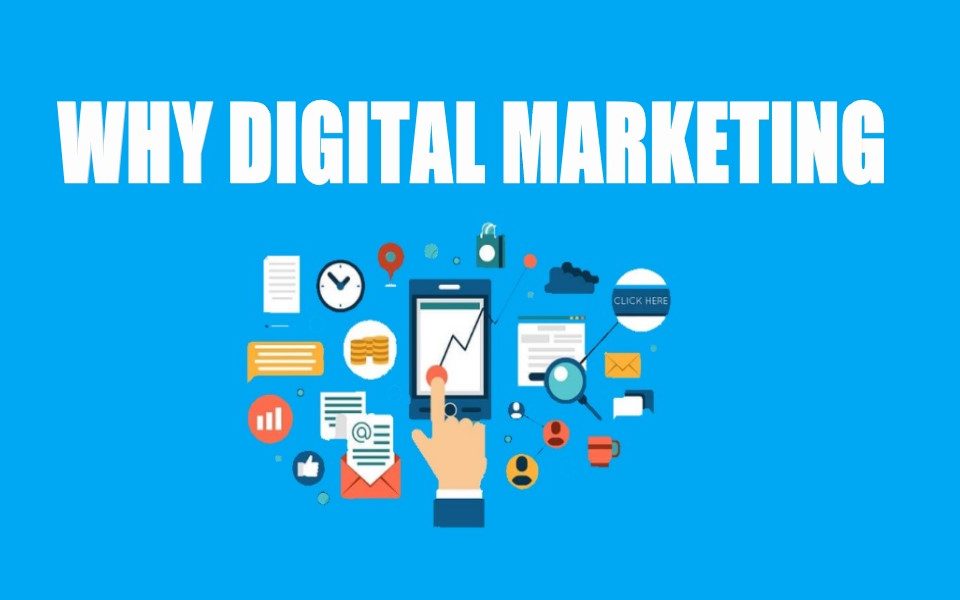 Why Digital Marketing is Important for Businesses?